One morning in 2001, as I was getting ready for school, I heard a commotion in our community in Bhopal. Lo and behold, my father was right in the middle of it. One Krishnamurthy uncle had took some panga with a taxi driver and the taxi driver brought his friends et al to beat Krishnamurthy up. My papa somehow thought it was the right place for him to, well, interfere.

For context, papa was 6’2”, weighed about a hundred kilos, and the legend in Holkar college Indore went that on an average, it took him about 2.5 seconds to break that other guy’s jaw.

But that day was different. As the drama unfolded from our balcony. I saw my father trying to talk things out with these folks. Of course, that didn’t work. After a few seconds, I heard a loud “Happ!”. That’s it. That’s all he said and then there was silence all around. Papa then took Rs. 1000 from his wallet, gave it to the leader of the driver union and asked him to eff off. They did.

Awestruck, I told papa how proud I was of him for being so fearless. He told me that he wasn’t fearless. In fact, he was very scared of those 20 men — he couldn’t have fought them all at once. But he had to go and save Krishnamurthy. Not for the praise, but because he was a good gentleman and because it was the right thing to do. That’s bravery — embracing your fears and still marching on, because it’s the right thing to do.

Every person that I have spoken to in the last two weeks has been going through an emotional roller coaster. Everyone is scared, and yet everyone is putting up such a brave fight that would embarrass all of my late father’s heroics.

We’ll get through this.

Subhashchandra Sarode would have turned 65 today. 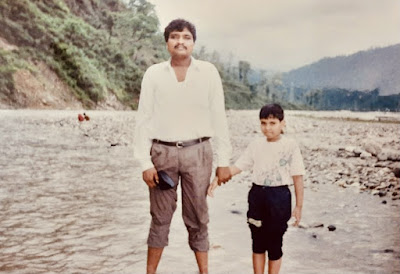 4:45 PM
I had enrolled myself in a live project to develop a hospital management system during my first year of computer science engineering. I had to work on the patient repository module for the hospital, which would accept patient’s date of birth as an input and show his or her age in years, months and days as the output.  I wrote a long piece of code for this with my very limited understanding of programming languages. It was essentially just a very large sequence of nested if-else statements. I tested it rigorously to include odd and even months, leap years and whatnot. It was not the smartest piece of code that I ever wrote, but it worked. Always.  When my project lead saw my code, he asked me why I didn’t use any libraries in it. I told him “because I’m still learning and I wasn’t aware of the library you’re talking about”. My code was rejected and I was fired from the project.  I was never able to get over it.  I went on to do well in college — I got in the merit list and I got a job i
Read more

9:59 AM
Sep 27, 2021 In 2018, I started experiencing frequent bursts of anger. I would get angry about the most trivial things. I’d get angry when someone didn’t reply to an email. I’d get angry at a company if I got rejected for a job that I applied for. I’d get angry at the waiter if the restaurant didn’t have a dish that was on its menu. In such times, my anger would shoot up very quickly and I would immediately have a meltdown without any apparent provocation. It was affecting my friendships; it was harming my relationship with my family; and it was making me unlikable, even to myself. This kept on for about a year until I decided to do something about it.  I decided that one of my personal goals for 2019 was to be more mindful in my interactions with people. I started reading about rage and in parallel, I also started reading about meditation. I started observing myself when I would have these rage episodes: what happened prior to them, what was happening during them, and what happened a
Read more 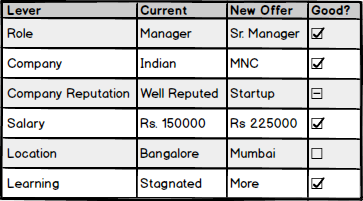